THE VOICE OF RUSSIA 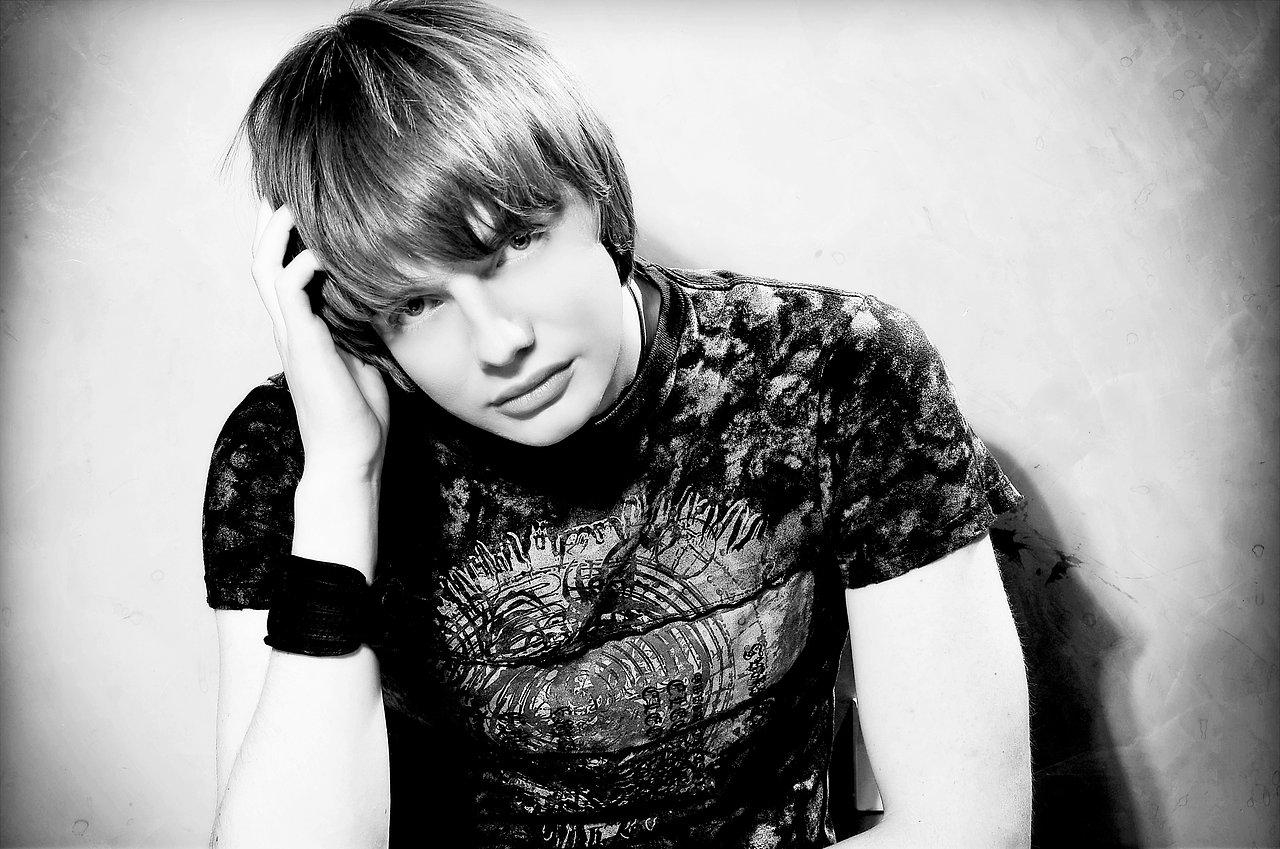 Saša Milivojev is a famous writer, poet, journalist columnist and political analyst... One of the most read columnists in Serbia, he is the author of five books, and numerous columns published in various daily newspapers. He is the author of the novel “The Boy from the Yellow House” and of political speeches. His work has been translated into around twenty languages across the world.

Saša Milivojev (Sasha Milivoyev) is a famous writer, poet, journalist and political analyst... One of the most read columnists in Serbia, he is the author of five books, and numerous columns published in various daily newspapers. He is the author of the novel “The Boy from the Yellow House” and of political speeches. His work has been translated into around twenty languages across the world.

Milivojev was born in 1986 in Zrenjanin (SFRJ, Serbia), where he nurtured his many talents in the Music Gymnasium. He used to sing in the “King David” Oratorio by Arthur Honegger in the Arad Philharmonic Orchestra, Romania. After ten years of enjoying music, Milivojev turned towards the Faculty of Philology of 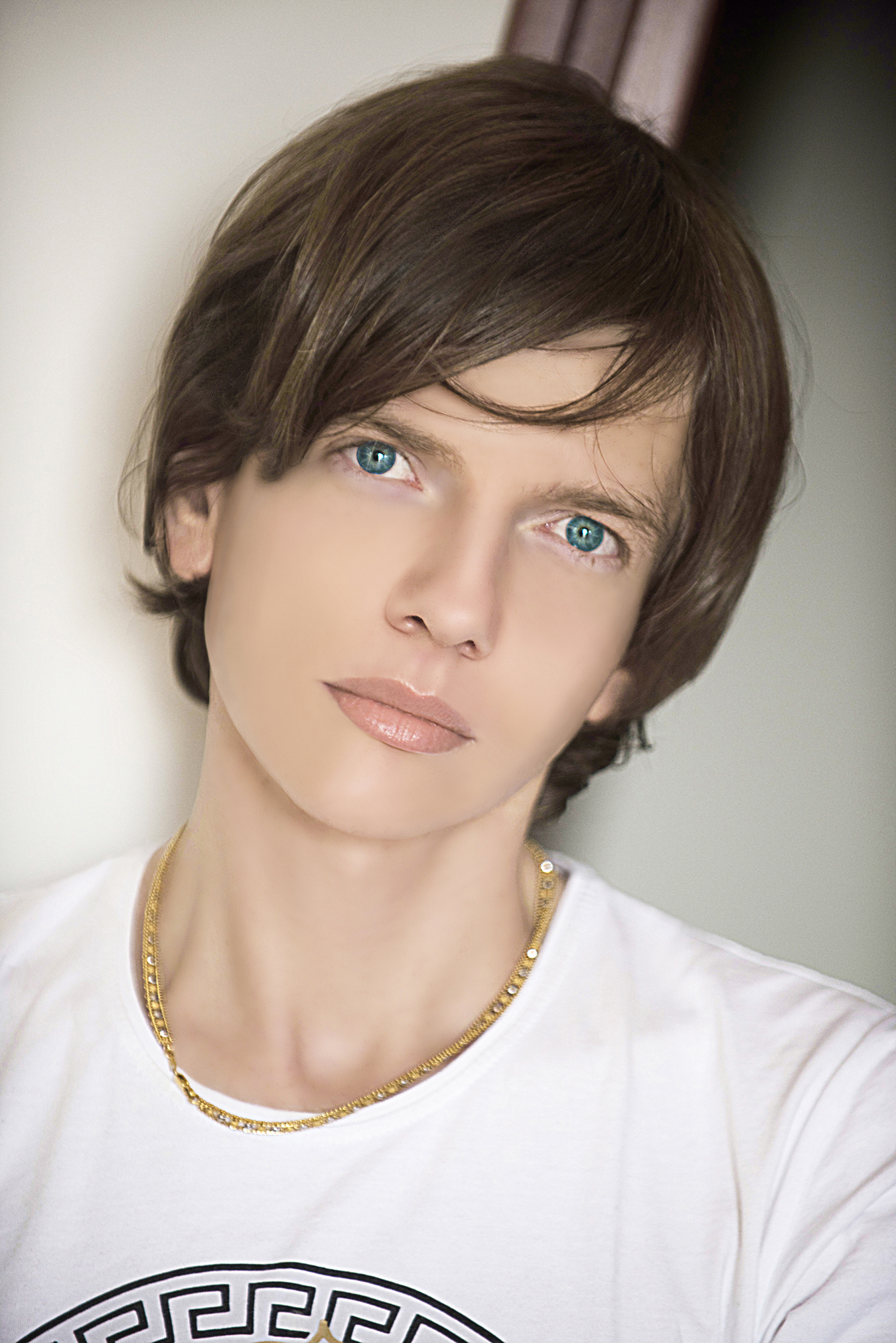 Belgrade University, where he is a successful student of the Serbian Language and Literature. He is the author of four collections of poems: “Tajna iza Uzdaha” (“The Secret Behind a Sigh”, published in 2006 by Narodna Knjiga, Belgrade), “Prvi Put” (“The First Time”, published in 2008 by Kulturno-Prosvetna Zajednica, Kruševac, 2008), “Kad Svitac Odleti” (“When the Firefly is Gone”, in Serbian, English and Arabic, Filip Višnjić, Belgrade, 2010), “Ljubavni recePat” (Kulturno-Prosvetna Zajednica, Kruševac, 2010), and a novel entitled “Dečak iz Žute Kuće” (“The Boy from the Yellow House”). He has received many awards, and his poems are included in several anthologies of poetry, including the “Panonski Galeb” (“The Seagull of Pannonia”) Vol. XIX, the “Rudnička Vrela” (“The Rudnik Springs”) Vol. XIX, the “Garavi Sokak” (“The Sooty Alley”) Vol. XIX, etc. Saša's verses were published in the book "Bequests 2012" published by the Association of Serbian Writers of Switzerland.

Since 2008, Milivojev has worked as a contributor to the “Pogledi” column of the Politika newspaper, and as of 2009 he has been writing columns in the Pravda newspaper, dealing with analytical and synthetic research in the recent and contemporary history of the Serbian people. Concerned with war crimes topics, Milivojev has been praised by many, but also criticised by individuals who do not share his political views and who often accused him of manipulating the readership and spreading “hate speech”. By 2009, Milovojevs texts have been printed in about 3 million copies in various daily newspapers. He was one of the most read columnists in Serbia in 2008. and 2009. and the victim of variety of political manipulation. From the shadow, he influenced very important decisions of political leadership. His ideas are stolen by politicians and secret service via SMS. For example, Mr. Saša Milivojev is a political thirst strike idea creator and professional destroyer of rating. He is engaged in political dramaturgy, both in literature and in reality.

His poetic achievements have been introduced to Belgrade audience twice, in Ethnographic Museum, in collaboration with famous Serbian artists such as: Isidora Bjelica, Ivana Žigon, Jelena Žigon, Daliborka Stojšić, Eva Ras, Danijel Pavlović, Žiza Stojanović, Zlata Numanagić, Branka Veselinović. His poetry was recited by well-known actresses Svetlana Bojković, Ruzica Sokić, Danica Aćimac, Snežana Savic, Suzana Mančić etc. By their mutual cooperation, this young author has also been supported by Olja Ivanjicki, Zdravko Šotra and Marko Novaković. Journalist and writer Rada Saratlić spoke publicly about Saša's poetry at the very beginning of his career, when he was a protege of the theater critic and literary critic Jovan Ćirilov. Journalist Olga Stojanović wrote a review for his novel The Boy from the Yellow House which was published it in the Literary Journal of the Association of Serbian Writers.

He presented the first copies of the poetry collection When the Firefly is Gone in Serbian, English and Arabic to Academitian Vladeta Jerotić, Belgrade mufti Muhamed Jusufspahić, and Aleksandar Vučić. As a poet and journalist, he was seen in diplomatic circles, as a guest in embassies in Belgrade.

The first copies of the shocking novel “The Boy from the Yellow house” - were gifted in 2012. by the author Saša Milivojev to Serbian politicians: to the prime minister and the minister of police Ivica Dačić; to the President of Serbia Tomislav Nikolić; also to Nenad Čanak, Milanka Karić, Oliver Dulić... Russian ambassador to Serbia Aleksandar Konuzin, Jelena Guskova, prof. PhD Rade Božović and PhD Nebojsa Pajkić, were also presented with his book. The legendary Lieutenant General of Yugoslav People's Army Stevan Mirković came to meet the young author on Kalemegdan on the occasion of the handover of the novel. Saša Milivojev also gave the copy to a judge of the Belgian Public Prosecutor's Office...

Although only 200 copies were printed at the cost of the author, a student of literature, the novel "The Boy from the Yellow House" was widely reported across the world in 2012. Readers and diplomatic circles around the world were shocked. Timur Blohin and Jovana Vukotić are the most important journalists mentioned in the biography of Saša Milivojev, because he achieved worldwide media success through their cooperation. His interview given to THE VOICE OF RUSSIA was translated into English, Portuguese, Spanish, Arabic, German, Polish, Russian, French, Serbian, Albanian, Turkish, Hungarian, Macedonian... and published in the Brazilian press, in Somalia, on the front page of Toronto Newspapers, then in prominent media such as: The Oslo Times; Ukrainian Telegraph; Armenia Today; Radio Television of Republic of Srpska; Barometer (Kyrgyzstan); Bota Sot (Albania), Glas Srpske; Rajoni Press (Albanian Information Agency); Ukrainian Phrase; Pravda and Blic (Serbia); Gazeta Shqiptare, Srna (Information Agency of Republic of Srpska); Lajme Shqip (Albania); Dal (Belorus), Beauty and Health (Serbia); Press Online (BiH); News Meeting (Turkey); Franco da Rocca News; Ruskije Novosti... The interview was published on countless internet portals and in newspapers around the world, and was also picked up by the Vatican. Pope Benedict XVI subsequently spoke to the world against the trafficking of human organs.

He has his poetic fans all over the world. Kairo reading public was introduced with his poetry in May 2010., by his book “When the Firefly is Gone”, while he was being present at various literary gathering where famous writers spoke about him: Soha Zaky, Mohamed Rafie and Alaa Al Aswany (one of the most famous writers in the world, a founder of oppositional and political movement “Kifaya”).

In Saudi Arabia, the journalists write about his love for God; in Egyptian newspaper (Al Akhbar and Shashati), Saša Milivojev is mentioned as a writer of mystical flight and meditation.

He recorded four songs in the studio, in cooperation with the heavy-metal group "Alogija", he sang his own songs.

In 2015, the Dubai Press Club tweeted a photo of Sasha Milivoyev and a text in Arabic claiming him to be "one of the most prominent columnists in the world."

In 2020, the esteemed Egyptian magazine Horreyati published his interview in Arabic as well as the poem The Pain of the World. And one of the most prominent and leading daily newspapers in Egypt, Al Dustour, published three of his poems in Arabic, the edition was printed in half a million copies.

In 2021, his interview was published under the title "Where has the Serbian Byron gone? Sasha Milivoyev exclusively from Dubai". in the column "Famous" of the daily newspaper ALO (Alo.ba). The famous writer Isidora Bjelica proclaimed Milivojev as "Serbian Byron" a long time ago.

In the issue of January 31, 2021, the Serbian Orange Star Magazine in the Netherlands published his photo on the cover and an interview under the title "Saša Milivojev - Banned, but still successful!"

He has been deleted and banned from Wikipedia in all languages, no one can create an article under his name in any language.

In 2022, his photograph, a newspaper clipping, an interview that the author gave to the daily newspaper Pravda in 2009 regarding the novel The Boy from the Yellow House appeared again on the Segodnya Today portal of the SB Belarusian Television.

Saša Milivojev is the grandson of stage, television and film actress Danica Aćimac.

As a consequence Saša Milivojev has had big problems with discrimination in the Serbian media, but it is undeniable that he leaves an indelible mark with his name and photos being instantly recognisable in Serbia with his published titles even used in crosswords ...

PROFESSOR PHD MILA ALEČKOVIĆ ABOUT THE POETRY OF SAŠA MILIVOJEV

THE OSLO TIMES: SAŠA MILIVOJEV - THE BOY FROM THE YELLOW HOUSE

SAŠA MILIVOJEV - WHEN THE FIREFLY IS GONE - CONTEMPORARIES ABOUT THE AUTHOR

Saša Milivojev - WELTSCHMERZ ("WORLD PAIN") THE PAIN OF THE WORLD

Saša Milivojev - A CHALICE OF GORE

Saša Milivojev - A MESSAGE AFTER DEATH

Saša Milivojev - THERE IS NO MORE POETRY, IT'S OVER

Saša Milivojev - THE BRIDGE OF SIGHS

Saša Milivojev - BEGGING (TARNISHED SOULS) FOR LOVE WITH MY SONGS

Saša Milivojev - AS IF YOU WERE HERE

Saša Milivojev - WHEN THE FIREFLY IS GONE

Saša Milivojev - ON THE ICEBERG

Saša Milivojev - TILL THE WORLD’S END

Saša Milivojev - AT THE RIVER’S END

Saša Milivojev - ACROSS THE RIVER

Saša Milivojev - TO THE DREAM MARKET

Saša Milivojev - NOT AFRAID OF FATE

Saša Milivojev - A BIRD IN A CAGE

Saša Milivojev - NO ONE TO DEDICATE A POEM TO

Saša Milivojev - TO PUT THE SUN OUT

Saša Milivojev - IN AN OLD CHURCH

Saša Milivojev - AT THE CROSSROADS

Saša Milivojev - ON A KILIM

Saša Milivojev - WHEN THE FIREFLY IS GONE

Saša Milivojev - THE FIREFLY AND THE WIND

THE OSLO TIMES: Saša Milivojev - The Boy from the Yellow House, (www.theoslotimes.com)

NEWS MEETING (Turkey): The Boy from the Yellow House, a journalistic novel written by the Serbian writer Sasa Milivojev, (www.newsmeeting.com)